To the Vikings, dragons were powerful creatures that represented chaos and destruction but also strength and bravery. Despite how they are often imagined, Viking dragons were long and slender with snake-like bodies. They also didn't often have wings or breathe fire!

As part of the art unit we have been doing on Vikings and most recently, dragon eyes, I thought it would be fantastic to make physical dragon eyes out of salt dough (which I have included instructions for via the attachment).

I would love to see what you can make, so don't forget you can send photos to our class email address moore@springmeadow.essex.sch.uk 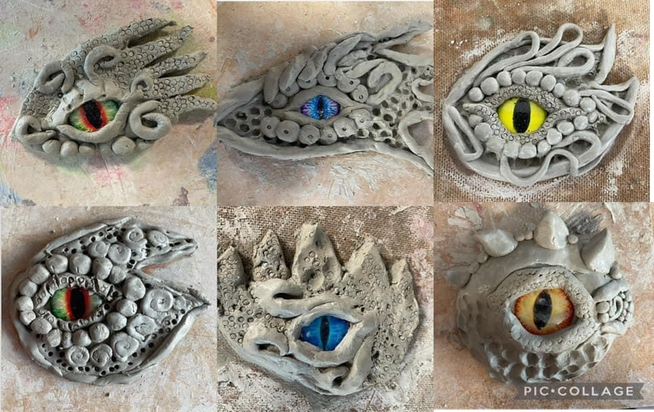 Viking sagas were long, mythical stories created in Norse countries (Norway, Sweden, Finland, Iceland and Denmark). They were popular stories told and retold through the ages. They can often be sorted into three categories: Kings' Sagas, Family Sagas and Heroic or Legendary sagas.

Please use the following link to access Legendary sagas videos looking at the Gods. After watching, can you make a storyboard to illustrate and retell the story?

Below are also some fact cards on each of the Viking Gods and Goddesses which you could use to create your own Viking Top Trumps.

Vikings used letters known as runes instead of the modern alphabet we know today. Below is an image depicting the runes. Can you use these to write your own name or write a secret message? You could even create your own Viking rune bookmark.

Find below some additional Viking activities including a wordsearch and some colouring.